Comparing propositional and first-order logic in AI
The purpose of this paper is to explain the concept of Knowledge Representation and its importance in Artificial Intelligence. 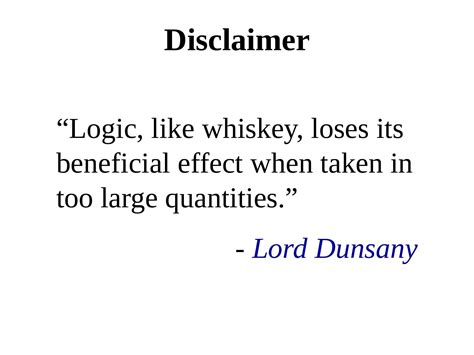 The purpose of this paper is to explain the concept of Knowledge Representation and its importance in Artificial Intelligence (Part 1) and to provide a comparative study between Propositional Representation and First Order Logic (Part 2).

A knowledge-based agent or an AI agent takes perception of the world or data given as input and returns an action as output. The planning and execution of the action depends on analysis from the Knowledge Representation and Reasoning.

Knowledge representation and reasoning(KKR) is essential for artificial intelligence because it is concerned with how information is represented to enable AI to solve problems and to take action. KKR has to do with the representation of information in AI systems. KKR affects how an AI agent behaves, solves problems and completes useful tasks, such as system diagnostics and communicating with humans in natural language.

The more we can effectively represent our knowledge, the more “intelligent”(McCarthy, 2007) our AI agent will be. A collection of knowledge an AI agent has is called a knowledge-base.

A knowledge base(KB) is a set of sentences written in formal language which tell an AI agent what it needs to know in order to perform a useful task. A knowledge base uses declarative language in the form of propositional logical and first-order logic. They also use algorithms to manipulate data structures.

For example; imagine somebody is given the geolocation coordinates of a building. They would need to understand how to apply that information in the real world i.e. how to navigate a place to get to that building, turn left - right etc. The same applies for AI agents, an AI agent needs to take data and use an algorithm in order to do a useful task, like navigate to a building. This knowledge would be a part of the AI agents knowledge base. It is necessary to automate knowledge processing in our AI systems. An AI agent  needs to take information as input and use knowledge to make the best action possible.

For the knowledge base, an AI engineer can use a variety of ways to represent knowledge for example: databases, programming languages(mostly Python, SQL and R), graphs, images, sounds, video, tables of information, logic representation, syntax, and basic human language.

Presented below are different types of Knowledge Representation, including examples:

The number of unread emails we have, the amount of dog food in a bowl  and even the amount of data we have in a database, are all examples of declarative knowledge.

An online business may record in the database if a transaction is completed, what item was purchased, the customer ID and the date of the transaction. All of these would be considered to be declarative knowledge. An AI agent might use these pieces of declarative knowledge to predict when customers are most likely to buy certain products.

To put it simply, meta-knowledge is the “knowledge of knowledge”(Spacey, 2016).

If an engineer decides to create a messaging app, first the program stores the title and body of a message. Then it verifies if the email exists. If the email is verified as valid, the program then sends the body of the message. The script used to send the message is the procedural knowledge in this case.

Heuristic knowledge are “rules of thumb” from experts in particular subjects and are based on previous experiences. These are widely known to work sometimes but are not always guaranteed to be successful. Heuristic knowledge may be considered to be less scientific and more subjective than other types of knowledge.

It is often said that the best way to make friends is to be yourself, although this may not work in every situation like turning up to a job interview in pyjamas.

While AI agents can be developed in a number of different computer languages like R, Lisp and JavaScript; Python is the unofficial standard in the software industry for AI and data-science. While an engineer may create an AI agent in any computer language,  heuristic knowledge would suggest that Python is the choice.

Structural knowledge connects the declarative and procedural knowledge together and thus becomes the basic knowledge of problem solving. It represents knowledge using logical arguments, like predicate logic and SQL. It helps us understand the relationships between concepts, objects and groups.

If we know that customers over the age of eight-five are getting vaccinated, the structural knowledge can be represented like so: customer.age >= 85.

Propositional logic(PL) is a statement made by propositions. It is a simple form of logic. Propositions are declarative statements which are either true or false. PL is a technique often used in logical and mathematical form. When we study PL, we usually start with informal natural language arguments, but they can also be expressed mathematically.

Don is the administrator.

Propositional logic is based on formal logic, deductive reason and Boolean logic. We use symbolic variables to represent the logic. Often true and false can be symbolised by 1 and 0. Propositional logic also consists of an object, relations or function, and logical connectives.

Propositional logic can use symbols to represent statements and their relationship between them. Some of these symbols are called conjunction, disjunction, implication and assertion. 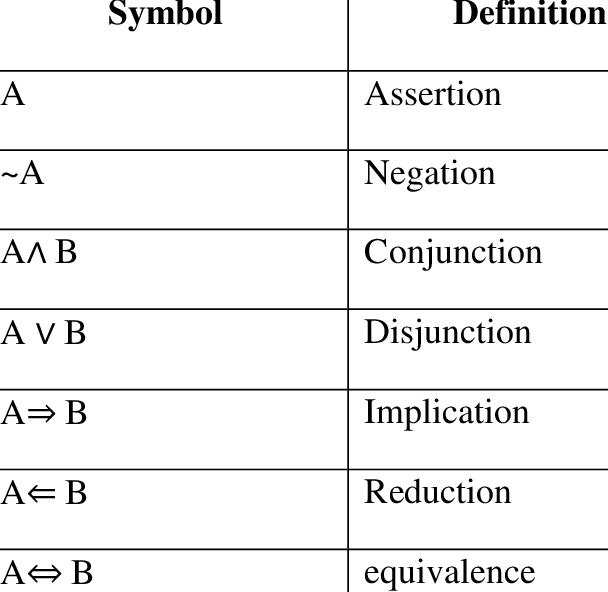 In First-order logic, the statements are divided into two parts: the subject and the predicate. The predicate is not a proposition. It is neither true nor false. Predicates use variables and objects like people, colours, numbers, letters or ideas. They can also represent relationships and functions

Both syntax and semantics are important to first-order logic. Symbols are the basic syntax of FOL and can be written in shorthand. Syntax is the structure of the logical statements. Semantics gives meaning to the statements.

Propositional logic does not use any quantifiers. Unlike first-order logic, it is not able to imply one or all instances of the proposition.

Propositional logic is an analytical statement which is either true or false. First-order logic can contain both objects, variables and numbers.

Propositional logic is essential for artificial intelligence. Boolean logic is essential for creating if statements, for and while loops in computer programming. On a fundamental level, all computer programming is essentially a series of ones and zeros, however it would be far too complicated to write all of the code in binary. Not all problems that an AI agent needs to solve can be reduced to a proposition that is true or false.

First-order logic is effectively a more advanced form of propositional logic. Its biggest strength lies in using symbols as the main syntax of the propositions. This is a far more efficient way of writing logical statements. In addition, first-order logic allows us to use variables, numbers, objects and functions. This gives us the ability to store vital information in a database and write complicated code and functions.

Using the variables from first-order logic, allows us to create a more accurate knowledge representation for an AI agent.